Posted by Randall Brunette on January 1, 2018 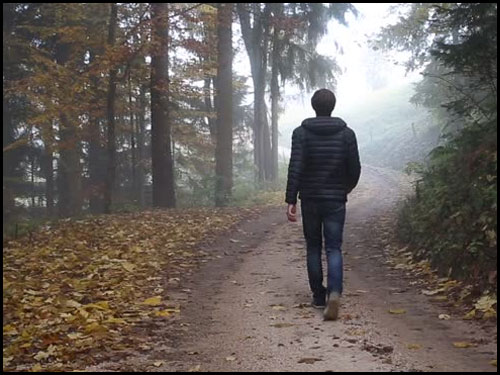 It's been said that "A journey of a thousand miles begins with a single step."

I officially took that first big step in my"Creative" journey about 30 years ago. July of 1987 to be exact. I was just 27 years old and already 7 years into a very successful retail management career. I found myself quickly climbing the corporate ladder that led to upper management; breaking sales records, winning contests, earning awards and receiving recognition. I traveled fairly often and even won a trip to the Carribean. But, even in the very midst of all that success, I felt largely unfulfilled. I had this undeniable, unshakeable yearning to be doing something more creative with my life. I wanted to do something that mattered; something that made a positive difference in this world somehow, perhaps even making it a bit more beautiful in some small way if I could... So in the summer of that year, I left the world of retail. I shook the dust off my shoes and never looked back, as I launched my own creative venture - a sign business. The decision was never about money. The singular, over-riding force for me was a desire deep within myself to put to good use my God-given gifts and not waste them.

Over the course of the next 25 years, I designed and built many beautiful signs, created hundreds of unique and effective logos and had occasional opportunities to do a little web design. I achieved recognition for my creative work along the way, even having my sign company featured as the cover story of the nation's largest sign magazine - SignCraft - in the year 2000. They featured mainly my custom dimensional signwork. For as far back as I can remember, I've always loved creating things. It didn't matter much to me if I was using pencils, markers, brushes, paper, wood - or even computer software. I just loved the overall process of creating something unique and beautiful that others could enjoy. My sign and design business had given me the opportunity I had wanted so sincerely - to use my gifts and be creative - and for that I'm very thankful.

"I just loved the process of creating something beautiful that others could enjoy."

About the time I started my business, computer technology experienced a major thrust forward when Apple® computers began putting out personal computers that - for the first time - were able to process, manipulate and display images, photos and even digital animations on the computer screen. It marked the end of those perfectly boring lines of monotone text which filled computer screens up until that time. (in my mind I see gobs of confetti falling from the sky and a massive crowd - as far as the eye could see - cheering wildly). Rather than being stuck with only a keyboard to input data, Apple® decided to "Think Different" (pun intended) and shipped one of their very first computers - the Macintosh 128k in 1984 - along with a very peculiar device with an even more peculiar name - a "mouse". It was fist invented in 1968 by Douglas C. Englebart, but it took Apple® Computers to see its value and potential, and their team of talented techno-geeks to develop and successfully market it. 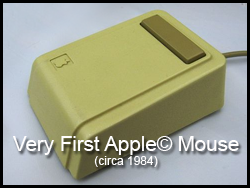 Being part of the culture at the very dawn of the personal computer age was magical for me. I purchased my first Mac computer - a Mac Plus - back in 1987. It used 3.5 inch floppy disks with a whopping storage capacity of 1.44MB! I also purchased one of the very earlist releases of Adobe® Illustrator and Photoshop. I was hooked. 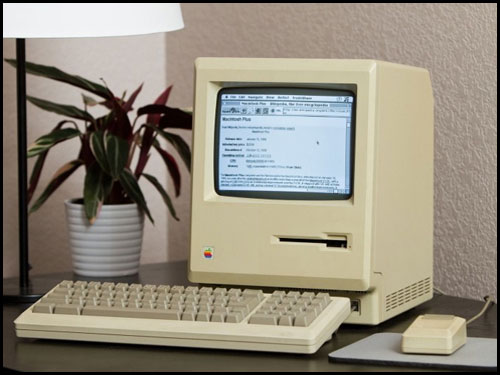 Since that time, computer hardware and software technology has evolved at warp speed. I happily rode that technology wave and enjoyed every moment of it. The internet didn't take long to catch up. According to my research, on August 6, 1991, the World Wide Web went live to the world. By 1999 it was mainstream. From the very beginning, web design was something that interested me very much. When I had time, I did my best to learn to build websites on my own, but it quickly became clear to me that there was SO MUCH to learn. It simply required more time than I was able to give to that process.

Being somewhat of a perfectionist, I wanted to learn EVERYTHING I could about web design so I could do it RIGHT. Rather than stumble through the formidable darkness of that learning curve all on my own, I felt it was wise to learn it from those who actually knew what they were doing. So in August of 2012, at 53 years young - 34 years after graduating high school - I made the decision to go to college and study web design. This meant making school my priority and putting my business of 26 years on a back burner for awhile... The learning process sure wasn't as easy as I remembered it being back in my younger days, but I was determined to do my very best and learn all I could. Over the course of the next 4 years of school, I did indeed do a lot of learning. Along with that learning came a LOT of homework, head-scratching, and coffee drinking. I had more than my fair share of late nights and weekends studying, and even a couple over-nighters when cramming for finals. By God's grace I persevered somehow, and just about one year ago - in December of 2016 - I finished up 4 years of school and graduated - with honors - earning my degree in IT-Software Development. What a great feeling that was!

"I wanted to learn EVERYTHING I could about web design so I could do it RIGHT."

My over-riding thought (or "plan" if you will) all along, was that post-graduation, I'd surely land that "dream IT/Web Design job" and live happily ever after so to speak. Well… (sigh)... as is often the case in the real world, my "plan" didn't go exactly "according to plan." Despite my oh-so-sincere time and efforts in the job-hunting realm, I was ultimately unable to land a job that was just right for me. It became increasingly clear to me as time went on that my best option was to switch my focus from job-hunting back to running my own business, as I'd done for the past 30 years. Only this time, I'd implement my newly-refined web-development knowledge and code-writing skills to re-invent my business by incorporating those things into my design and marketing services and CHANGING DIRECTION.

To make a long story short, I worked hard for most of the following year after graduation - this would have been 2017 - researching, planning, designing and developing; hustling to get my newly rebranded company off the ground. It was a ton of work, but was a labor of love. I played around with a few different company names and logos during that time of brand development. (I'll write about that process in a future blog), but finally settled on Creative Visual Marketing. I felt that it nicely summed up the essence of who I am, the services I offer and the direction I chose to steer my newly-rebranded company.

It's been a long, arduous, wonderful journey. I feel llike I've finally made my way to the top of the peak, and for the first time, can see just a glimpse of what I believe lies ahead... I'm eager and excited to see what the Lord has in store for me and my company, and look very much forward to serving local businesses with Creative Visual Marketing services in the years ahead! 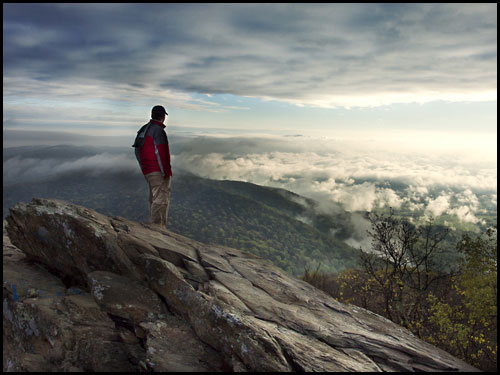 we appreciate and support local ministries

we appreciate and support local ministries

"We call Eau Claire, Wisconsin home, but will gladly work with clients anywhere!"